The Great Loop is a system of waterways that encompasses the eastern portion of the United States and part of Canada.  The entire loop is approximately 6,000 miles. Per the Great Loop Cruisers’ Association, at any time, about 300 “Loopers” are tilting at the full circle. Some Loopers travel it in a single, year long trip and others break it into sections by year. 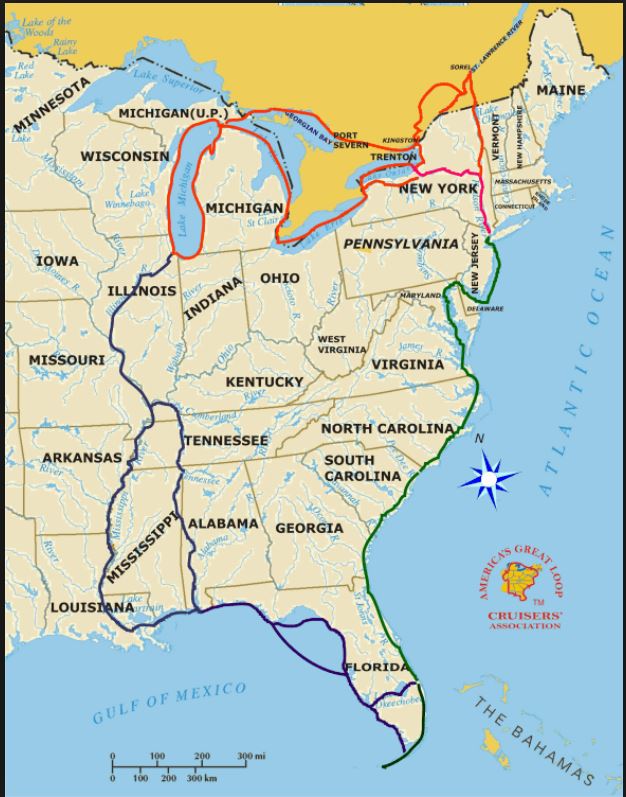 For the 2018/2019 Loop we made a great big giant ribbon pattern across the Mid West, Southern, Eastern and Northern seaboards of the United States and Canada starting from Ashland, WI to Drummond Island, MI.  We Looped around back to Drummond Island, MI and continued following the Loop until the Mississippi River where we tailed off the end of the ribbon.

Getting to the Great Loop was our the first challenge!  There is a lot of big open water. Lake Superior tends to lay flat in August which is why we debarked the first part of August 2018.

Our second Loop actually started we ‘crossed our wake’ and continued on to Grafton, IL. At Grafton we exited the Loop, turning starboard, and followed the Northern Star to head home.

See you in St Paul in October <year tbd> !